A thief who stole several home videos from Michael Jackson says the singer will have to pay $100,000 to get them back. The videos contain footage of Jackson playing with his two children, 2-year-old son Prince Michael Jackson Jr. and 1-year-old daughter Paris Michael Katherine Jackson. The anonymous ransom call came into the Los Angeles offices of Jackson’s MJJ Productions this week, shortly before a tabloid contacted Jackson’s office with word that pictures taken from the tape were for sale, Jackson’s spokesman Howard Rubenstein said. Until the two calls, Jackson, 41, was unaware the tapes were missing. He plans to file a complaint with authorities in France, where the tapes were stolen from his hotel room at Paris Disneyland. “The tapes are not embarrassing at all,” said Rubenstein. “But we’re not going to buy the tapes back. (Michael) absolutely refuses to pay a ransom. He wants to prosecute whoever stole them.” 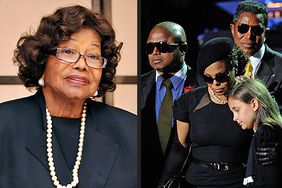