The former Common Law star, 39, and Khatira Rafiqzada, 31, wed in a ceremony in Los Angeles. The couple have been dating for almost four years.

“Michael has always been a private guy, and he wanted to enjoy his time as a newlywed with his wife privately,” his rep said. “Now that some time has passed and the holidays are here, he wanted to share the news with his fans that he is married and very happy.”

Ealy earned a Golden Globe nomination in 2007 for his work on the Showtime drama Sleeper Cell. He has also starred in a number of films and other TV series. 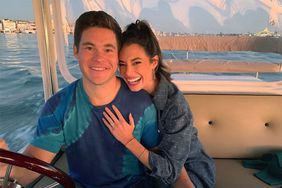