The Family Ties actress wed her longtime partner in L.A.

Baxter, 66, and her longtime partner, contractor Nancy Locke, were married in an intimate ceremony on Sunday afternoon in Los Angeles.

Close friends and family – including Baxter’s five children – looked on as the couple exchanged handwritten vows.

Music played a central theme in the celebration. A friend sang and played guitar during the ceremony and at the reception, Locke’s band took the stage. Locke and Baxter even took lessons to prepare for their first dance as a married couple.

The pair have been dating for seven years; in 2009, Baxter, came out as a lesbian. 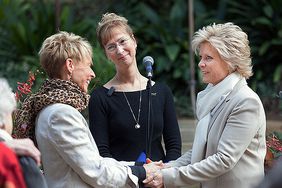 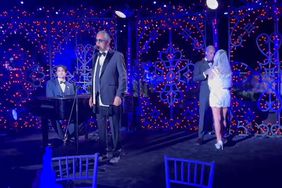