It’s officially over for Melanie Griffith and Antonio Banderas.

A judge finalized their divorce last Friday, PEOPLE has learned, concluding a split that was first announced in June of 2014.

According to court documents obtained by PEOPLE, the two are dividing earnings they made from films released between 2004 and 2014, as well as blue-chip artwork.

Griffin is also set to receive monthly spousal support of $65,000, as well as their house in Aspen.

“We have thoughtfully and consensually decided to finalize our almost twenty years marriage in a loving and friendly manner honoring and respecting each other, our family and friends and the beautiful time we have spent together,” the pair said in a joint statement at the time.

The couple, who wed 1996, have seemingly stayed true to that statement since their split.

In June, the couple reunited for daughter Stella’s high school graduation, with Griffith, 58, posting a photo of the trio on Instagram, a bandage covering the heart-shaped Antonio tattoo on her right arm.

“Mama, Stella and Papi,” she captioned the shot. “Our angel is amazing. Beginning the next chapter of her life! Freedom!!”

In January, Banderas, 55, also reiterated that their bond remains strong.

“We’re going to keep seeing each other,” he told a Spanish-language publication. “We will continue. The family isn’t dead, not at all.”

This was a second marriage for Banderas and a fourth for Griffith, who met while working on the film Too Much in 1995.

At the time of their split, a friend of the couple told PEOPLE a malicious divorce was unlikely.

“I could never see it getting nasty,” the friend said. “It’s just not them.” 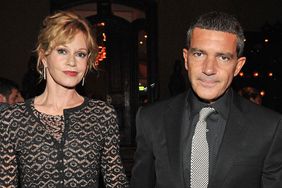 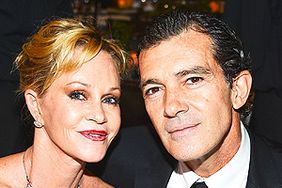