The actor was under the influence and had an open container in his car, prosecutors allege

Mel Gibson has been charged with misdemeanor drunken driving, having an elevated blood-alcohol level and having an open container of liquor in his car.

Gibson was charged with one misdemeanor count each of driving under the influence and driving while having a .08 percent or higher blood alcohol content,” said Deputy District Attorney Ralph Shapiro, the deputy in charge of the Malibu office, in a statement issued Wednesday.

“In addition, Gibson was charged with driving with an open container, an infraction of the vehicle code.”

The statement continues, “Gibson was stopped about 2:09 a.m. Friday on Pacific Coast Highway after a Los Angeles County Sheriff’s deputy allegedly observed him driving his 2006 Lexus LS at more than 85 mph. An open bottle of tequila allegedly was found in his car.

“He was released on Friday on his own recognizance. His arraignment is set for Sept. 28 in Malibu Superior Court, Division 3. If convicted, he’s facing up to six months in county jail.”

The actor was arrested on suspicion of driving under the influence in Malibu early Friday morning. On Saturday he issued a statement saying he was ashamed of his behavior. Gibson issued a second statement on Tuesday apologizing for making anti-Semitic comments to a police officer. 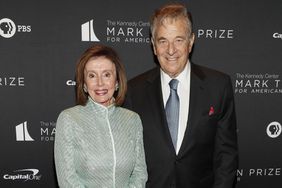