In divorce papers obtained by PEOPLE, Mel B listed the date of separation as December 28

Just months shy of her 10-year wedding anniversary, Melanie “Mel B” Brown has filed for divorce from husband Stephen Belafonte.

In divorce papers obtained by PEOPLE on Monday, the former Spice Girl member listed the date of separation as Dec. 28 and asked for joint legal and physical custody of their daughter, Madison Brown Belafonte, 5. In addition, the America’s Got Talent judge, 41, has requested to terminate the court’s ability to award spousal support.

Brown has two daughters from previous relationships: Angel Iris Murphy Brown, 9, and Phoenix Chi Gulzar, 17 (from her relationships with ex-boyfriend Eddie Murphy and ex-husband Jimmy Gulzar, respectively). Belafonte has one daughter, Giselle, 12 from his relationship with ex-girlfriend Nicole Contreras.

Throughout her decade long romance with Belafonte, Mel B has been very vocal about everything from the couple’s sex life to denying domestic abuse allegations.

There was still love… online

Though she claimed the pair officially called it quits in late December, there appeared to be no signs of divorce on their social media accounts as of February.

“Can graduations (sic) to my super sexy multi talented wife @officialmelb For playing the lead in Chicago on broadway!! All good things come to an end and now I get my baby back!!! #babybackribs #sexywife #hardworkpaysoffs #blessedhubby #cometopapa #getyaasshome,” Belafonte, 41, shared on Feb. 19 to congratulate his wife on her eight-week run as Roxie Hart.

And on Feb. 7, Mel B posted a message ahead of their milestone anniversary. “My baby boo @stephenthinks11. We have been through everything that would normally tear couples apart and we have come out on the other side stronger. You loved me before I even [knew] how to really love myself. You are my world, honey,” she wrote on Instagram.

In December 2014, Mel B appeared on the finale of the U.K. version of The X Factor with what appeared to be bruises, and speculation went into overdrive that she and her husband were on the skids.

“I’m very good was very polly but much better now and for the record my hubby never would lay a hand on me sorry took so long but any response fuels rumors #lovemyfamily #lovemyfans,” she wrote on Instagram to shut down split rumors.

And one month later in January 2015, the mother of four once again defended her marriage when Rosie O’Donnell questioned the reported physical altercation on an episode of The View.

“Do you have a lot in common with your spouses?” O’Donnell asked before Mel B said: “No! But I like him a lot.”

Spice up their (love) life

In a November 2014, Brown claimed that she and her husband were so compatible, that they had sex five times a day.

“Well, there’s a rule in our house: you don’t just walk into the bedroom, you knock on the door first, out of respect. My mum and dad taught me that,” she said in an interview with The Guardian.

Furthermore, Mel B openly shared intimate details of their relationship. “We love hitting raunchy nightspots together,” she told U.K.’s Daily Star in October 2010. “We both always have a great night and it helps keep our relationship on track.”

Adding, “Our therapist has encouraged us to indulge our fantasies and make each other feel special.”

Their whirlwind romance came as a surprise

Mel B and film producer Belafonte married in the middle of her paternity battle with ex-boyfriend Eddie Murphy. “I was over any kind of relationship. Having been through what I had,” she shared with the Sunday Telegraph‘s Stella magazine in February 2008. “[Stephen]’s for life, that’s for sure.”

Two years later, the couple documented their relationship with ten episodes of their Style Network reality show, Mel B: It’s a Scary World. 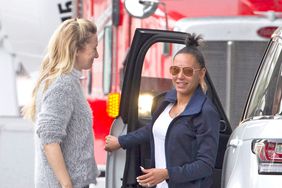 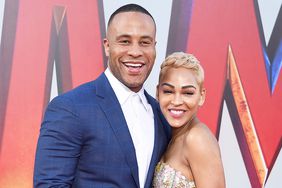 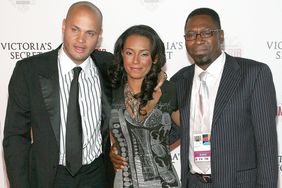 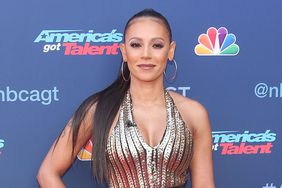