Mel B is accusing Stephen Belafonte of beating, threatening and exploiting her throughout their nearly 10-year marriage

Melanie “Mel B” Brown has filed a temporary restraining order against Stephen Belafonte, claiming that he beat, threatened and exploited her throughout their nearly 10-year marriage, PEOPLE confirms.

The singer and TV personality filed the order on Monday, with authorities ordering Belafonte, 41, to leave the family’s Los Angeles home and to stay away from Brown, 41, and her three children, Phoenix, 18, Angel, 10, and 5-year-old Madison.

In documents obtained by PEOPLE, Brown spoke of an alleged August 2012 incident in which Belafonte punched and pushed her down after she performed with the Spice Girls at the London Olympics closing ceremonies. She said that her skin was “scabbed over from the rug burns” on the carpet and he allegedly forced her to tweet that she hurt herself by running in Christian Louboutin heels.

Brown appeared to address the incident in an August 2012 tweet: “Running in 7 inch louboutin no good!! I’m wearing Prague on my face!!!”

News of the restraining order comes just weeks after Brown filed for divorce from Belafonte, requesting joint legal and physical custody of their daughter, Madison. (Angel and Phoenix are from her relationships with ex-boyfriend Eddie Murphy and ex-husband Jimmy Gulzar, respectively.)

TMZ first reported news of the restraining order. Belafonte has denied the claims to TMZ and said he is “shocked” by the allegations.

“I’m really, really — I’m really distraught in my brain how this is going to affect our children,” he told TMZ. “And the depths that she’s gone to. That’s it. That’s it. I’m shocked at those allegations and that’s what it is.”

He added: “We were friends two weeks ago and now all of a sudden the team gets around and now it’s got to be this?”

Neither Belafonte nor Brown responded to a request for comment from PEOPLE.

In documents related to the order, Brown detailed years of abuse, with the first alleged incident occurring just five months into their marriage.

Brown claimed that before a TV appearance following her Dancing with the Stars finale appearance in November 2007, Belafonte choked and slammed her against the floor while she got ready at home. She said he would abuse her whenever she succeeded in any way, noting that he would “beat me down to let me know he was in charge.”

In July 2012, he allegedly accused her of flirting with R&B singer Usher while she taped X Factor. Brown claimed Belafonte flew into a fit of rage, punching her in the face and splitting her lip. In late 2014, the couple’s marriage came under fire after the star was hospitalized with severe stomach pains on Dec. 11 and appeared three days later on the finale of the U.K. version of The X Factor with what appeared to be bruises. Belafonte denied the rumors with a Tweet at the time.

The former Spice Girl also claimed that Belafonte often forced her to “participate in sexual intercourse with him and random women.” She said he would secretly record the threesomes and later threaten to release them to ruin her career.

She alleged that Belafonte would use the tapes to blackmail her into having more threesomes.

Belafonte appeared to allude to a similar situation in a nearly three-year-old Instagram post, showing a man hugging a pregnant woman as another woman kissed her baby bump.

A message on the photo read: “A REAL WOMAN WILL FORGIVE U & ACCEPT YOUR SIDE CHIC AND YALL NEW BABY.”

She also alleged that Belafonte has “taken millions of dollars” from her during the marriage, withdrawing money from their joint account — full of her income — to pay child support for his child from a previous relationship. She said he also used the money to benefit the nanny and “invest in whatever entity or project that interested him.”

She also told of an incident in which she took an entire bottle of aspirin and, regretting her decision, tried to call the police only to have Belafonte allegedly block her. He allegedly threw her into a bedroom, locked the door and yelled, “Die bitch!” according to the documents.

Brown said her driver took her to a hospital the next morning where she stayed for two days.

The singer tried to leave Belafonte several times, she said in the documents. But he allegedly threatened to destroy her career and take her children. She said that he threatened to release “videos of our sex life and other private moments.”

“[He] threatened me with violence and threatened to destroy my life in every possible way,” she said.

In the documents, Brown said she was “vulnerable” when she met Belafonte, as she had just given birth to Angel as a single mother. She said Belafonte was initially kind to her, which she said she now knows was a “grooming” tactic.

“[Belafonte’s] kindness quickly turned sour as he became controlling, manipulative and abusive,” she said. She added that shortly after they married, he began abusing her verbally and emotionally, calling her “fat, ugly and old.”

She said he repeatedly called her worthless and stupid, telling her that no one wanted her except him.

The final straw for Brown came when her father became increasingly ill earlier this year and the singer was unable to visit due to contractual obligations keeping her in New York. When she expressed regrets about this to her husband, Brown claims Belafonte responded, “Suck it up. If he’s going to die, he’s going to die.”

Once she was able to visit, Brown alleges Belafonte “took my passport so as to intentionally delay my travel … so that I would not see my father prior to his death.” Brown’s father passed away in March, after which Brown says she made the decision to file for divorce.

If you or someone you know is a victim of domestic violence, call the National Domestic Violence Hotline at 1-800-799-7233. 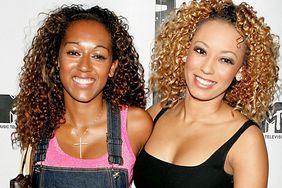 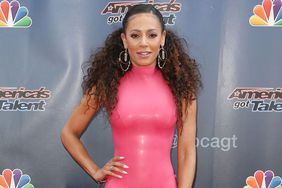