Megyn Kelly‘s allegations that former Fox News CEO Roger Ailes sexually harassed her have prompted a new wave of headlines since the release of her memoir this week, and now the Fox News anchor has some advice for women that might find themselves in similar situations.

Sitting down Wednesday night in New York City with Charlie Rose to discuss her new book, Settle for More, Kelly spoke openly about dealing with sexism in the workplace.

“In many ways, it still is a man’s world,” she said. “I believe that I can do more for women by being the best at what I do in the role that I have than going out and just talking about how women are awesome and you shouldn’t mess with them.”

“Just be awesome and then there will be all of these great examples,” she continued. “Every once in a while, someone gets out of line and you have to kick them in the teeth, but for the most part I think just do better and be better.”

Kelly, 45, who joined Fox News as a reporter in 2004, said Ailes gave her her “big break” by hiring her — but that about a year in, their relationship “took a turn and he began behaving inappropriately.”

“I didn’t know what to do,” she confessed. “I just got my dream job in TV news and I was making a name for myself. I tried to laugh off the comments, I tried to power through it, I tried to bring the conversation back to work and so on.”

Kelly alleged that in January 2006, Ailes “crossed a new line” and tried to kiss her three times in his office.

“I rejected him. Then he asked me when my contract was up,” she said. “I sought legal counsel and told my supervisor at work, who told me to avoid him, and I did. We went on to have a professional working relationship for years.”

For his part, Ailes has fiercely denied Kelly’s allegations, telling PEOPLE in a statement provided by his attorney Susan Estrich: “I categorically deny the allegations Megyn Kelly makes about me. I worked tirelessly to promote and advance her career, as Megyn herself admitted to Charlie Rose. Watch that interview and then decide for yourself. My attorneys have restricted me from commenting further — so suffice it to say that no good deed goes unpunished.”

“When I saw Gretchen’s lawsuit, I didn’t know what to believe,” said Kelly. “I was shocked because over the years I kept my eyes and ears open to find out if anyone else had this experience [with Ailes]. I had just chalked it up to it being him wanting to have an extramarital affair at the time.”

Kelly said she decided to take part in the investigation to make sure that it was “real and fair,” and not to take down Ailes.

“I was not looking to sink him,” she said. “The fear that Roger was still actively harassing women in the company and that he never stopped was greater than my loyalty to him. Roger was very aggressive against his enemies and any talent that crossed him.”

During a Thursday appearance on The View, Kelly reiterated her history with Ailes and protested the fact that “no one one talks openly about sexual harassment.”

“I know a lot of women and a lot of powerful women, and I know very few women to whom this hasn’t happened,” said Kelly. “Women have chosen for so many years to just deal … and that’s the position I was in when it was happening to me and I had no power. I had been there 12 months.”

Kelly said her book doesn’t get into too many “salacious details,” but that she included a few so people can decide for themselves whether Ailes’ alleged behavior amounted to sexual harassment — though, she maintains, “Trust me, it did, by any measure.”

Ultimately, Kelly said she knew the “reality of the situation” and that going to the general counsel would have been “career suicide” for her since Ailes “controlled all those people.”

But by the time Carlson came forward 10 years later, Kelly said she “did have some power” — and decided to use it.

“By that point, it dawned on me that it was not just me, which is what I had been led to believe at the time by my supervisor,” she said. “I didn’t have to put that chapter in the book. I had a talk about it with [Lachlan and James Murdoch] and they both felt it was important to include too, to their credit. It’s important. Women have to start taking about it.”

When asked what she would do if someone tried to sexually harass her in the workplace now, Kelly vowed it would “go down very differently.”

“I would stop them on the spot,” she said. “I’d say: ‘Hold on, that’s inappropriate’ – but you have to feel empowered to do that. … Now I feel much more empowered.” 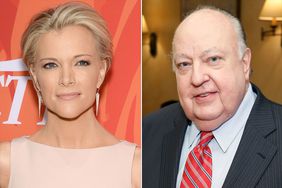 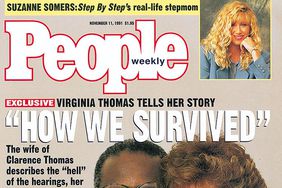 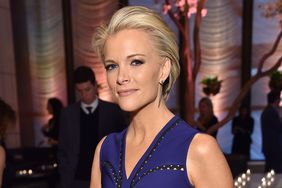 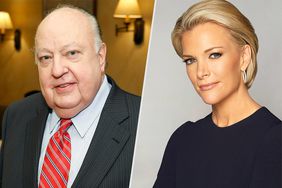 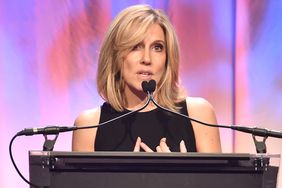