Maybe the second time’s the charm.

“Yes, she is engaged,” a rep for the actress, whose action film Jonah Hex opens on Friday, tells PEOPLE.

Despite their split, the two were regularly spotted together – and now they are prepared to walk down the aisle.

In 2009, before they called off their first engagement, Green told PEOPLE about his ideal wedding: “[The ceremony will be] small … Originally we were talking elopement and now we might have a few people there.” 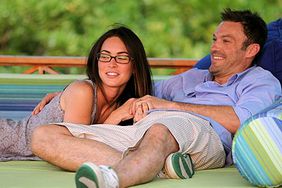