Babies and a Broken Engagement: Megan Fox & Brian Austin Green's Ups and Downs Over 11 Years Together

A look at the highs and lows of Megan Fox and Brian Austin Green's relationship, which ended after 11 years, a source confirmed to PEOPLE

Megan Fox and Brian Austin Green, who have split after nearly 11 years together, were last seen in public affectionately holding hands during a June 9 Beverly Hills lunch date.

A source confirmed the breakup to PEOPLE on Wednesday but added that “anything could happen in the future.”

The separation is not the first bump in the road for the couple, who wed in 2010 and share two sons, Noah Shannon, 2½, and Bodhi Ransom, 18 months.

Fox, 29, and Green, 42, initially got engaged in November 2006 after dating for around two years, but they called it off in February 2009. They were engaged again over a year later, before tying the knot soon after.

When they first met on the set of in 2004, the two felt an immediate attraction to one another.

“I liked him right away,” she told The New York Times Magazine in 2009. “Brian accidentally touched my leg. I remember literal electricity shooting through me and out me from every direction. It was like magic.”

The twosome quickly became known as one of Hollywood’s best-looking couples – and Green agreed. “[Megan] always looks hot,” he once told PEOPLE. “I stand next to her and it’s like beauty and the beast.”

Despite their undeniable connection, the couple were no strangers to controversy. Besides their 12-year age gap, early on in their relationship buzz began to build that Fox had gotten close to her Transformers costar Shia LeBouf.

The actress was first spotted without her wedding ring in mid-December of last year, just after the pair were involved in a car accident. Fox and Green were hit by a drunk driver in Los Angeles, but no one was hurt.

“Your head is reliving the moment over and over again, and you start thinking, ‘Could I have done anything differently?’ ” Green said of the incident.

Prior to the accident, Fox confessed to Entertainment Tonight that she and the actor’s sex life had disappeared.

“Brian doesn’t get any intimacy whatsoever,” she said.

Despite vacationing together in Hawaii and holding hands on a beach, the Beverly Hills, 90210 star and Fox didn’t appear to be wearing their bands in January. The trend continued, with Fox stepping out sans ring on several occasions, including a February movie premiere and at LAX around the same time.

Just a few weeks ago, however, Green was seen leaving the gym with his band on.

The actress has been candid about her relationship with Green, telling Marie Claire UK in March 2013 that their personalities are “very, very different.”

“We are tolerant of each other and we try to be patient with each other, and I don’t try to turn him into me and he knows not to try to turn me into him,” she said. 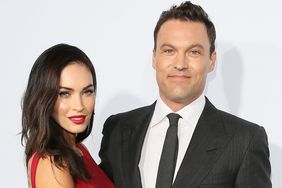 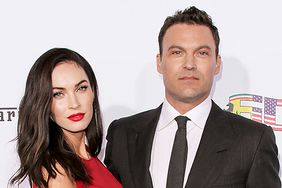