Meet the Man of Steel

What a difference a couple of years and bright blue tights make. Brandon Routh, 26, was just another struggling actor when director Bryan Singer picked him in October 2004 to star in Superman Returns. So who is this guy?

Practically Smallville Growing up in rural Norwalk, Iowa, Routh, the son of Katie, a teacher, and Ron, a carpenter, was fascinated by the Man of Steel. Around age 5, he donned Superman pajamas and a cape to watch the first Superman on TV. “I was so excited that I gave myself a migraine,” Routh tells PEOPLE. After recovering, “I was always throwing things up in the air and seeing how they would fly,” he says. “My parents were like, ‘This kid is crazy.'”

It’s a bird, it’s a plane, it’s a thespian In high school, Routh fell in love with acting, so much so that he and pals performed in theater extravaganzas wearing tutus and Chippendales outfits. For a South Pacific revue, he and a friend wore grass skirts and painted ships on their stomachs. “When they flexed their abs,” says music teacher Kim Ward, “boats and waves went rolling.”

After a year at the University of Iowa in ’99, Routh ended up in New York City. His big break: playing hunk Seth Anderson on One Life to Live from 2001-02. “He was a reluctant soap star,” says Life castmate Sherri Saum. “He was just busting to break out.”

Mild-mannered bartender Moving to L.A., Routh landed guest shots on Will & Grace and Cold Case – and made ends meet tending bar at Lucky Strike Lanes, a bowling alley. “He was very Clark Kent behind the bar,” says coworker Kathleen Kaplan, who covered for Routh during his Superman audition. “He asked me once, ‘What’s a fuzzy navel?'” During an ’03 work Halloween party, he won $100 by dressing as Kent.

For more on Brandon’s romance and plans for the future, pick up PEOPLE on newsstands now. 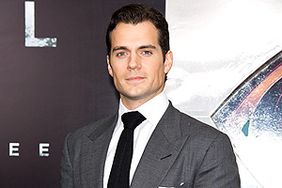 Henry Cavill: How Brutal Exercise and Diet Made Him the 'Man of Steel'