Perpetual Hollywood bachelor Matthew McConaughey says that when it comes to marriage, why fix it if it ain’t broke?

“It’s just not something I plan on doing right now, and that I feel like I need to do right now,” the actor, 39, said on the subject at a Los Angeles press gathering for his new romantic comedy, Ghosts of Girlfriends Past.

“It’s not an institution I’m against at all,” he added. “I’m actually for it, believe in it and have seen it actually be very, very healthy for many relationships. Some people go through it some great ways.” His final word on marriage (for now): “I don’t have any plans for it.”

His costar, Jennifer Garner, having a little fun when the subject came up prior to McConaughey s marriage remarks, teased, “The rule with marriage is the less you talk about it the better, as far as I can tell.”

During the making of the movie, McConaughey’s girlfriend, Camila Alves was pregnant with the couple’s son, Levi, now 8 months old. The proud papa did admit that he was often inspired on the set by watching Garner, a working mother of two – with husband Ben Affleck. Their daughters, now 3 years old and 3 months old, respectively, are Violet and Seraphina.

Said McConaughey, “After now having a child, [I see] it was very seamless how [Jennifer] handled being a parent and being an actress.” Addressing Garner directly, he said, “You made it seem very seamless.”

Garner quipped back that having two kids is “happy chaos.” Sharing parental duties with Affleck, she explained, involves organization. “I have help and I have the support that I need. I have a great partner in raising kids and he s super involved and there with me.”

Then, willing to step into the McConaughey household, Garner said, “Please, can I have Camila’s direct line? Because I would love to talk to her about this.'” 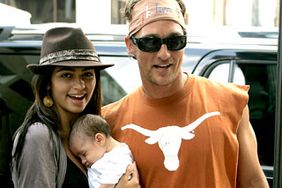 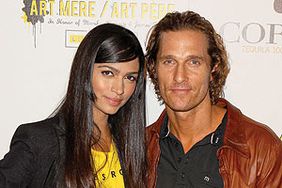 Matthew McConaughey and Camila Alves: Inside Their Relationship 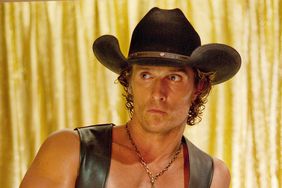