Mary Cheney, the openly gay daughter of Vice President Dick Cheney, is pregnant and due late in the spring.

As the Washington Post’s “Reliable Source” column was first to report, this will be the first child for Cheney and her partner of 15 years, Heather Poe.

“The Vice President and Mrs. Cheney are looking forward with eager anticipation to the arrival of their sixth grandchild,” Dick Cheney’s press secretary, Lea Anne McBride, said in a statement. (The Cheneys’ older daughter, Elizabeth, and her husband welcomed their fifth child in July.)

Mary Cheney, 37 and vice president for consumer advocacy at AOL, met Poe when they both played ice hockey during college in Colorado. A source close to the couple told the Washington Post they are “ecstatic” about the pregnancy.

Poe, 45, a former UPS manager, has been busy renovating the couple’s suburban Virginia home since they moved there after the 2004 reelection campaign.

During the campaign, Mary Cheney served as director of vice presidential operations, though she disagreed with President Bush’s stance on same-sex marriage.

In May, while promoting her book about her time on the trail, Now It’s My Turn: A Daughter’s Chronicle of Political Life, Cheney told PEOPLE, “I am in favor of legalized same sex marriage.”

Of her relationship with Poe, she said: “From my perspective and from Heather’s perspective, we already are married. We’ve built a life together. We’ve built a home together. She’s the person I want to spend the rest of my life with. The way I look at it, the laws just haven’t caught up with us yet. I don’t need to walk down an aisle to know about my commitment to her.”

When PEOPLE asked if she and Poe planned to have a family, Cheney replied at the time, “That’s one Heather and I are going to have to talk about before I can tell you.” 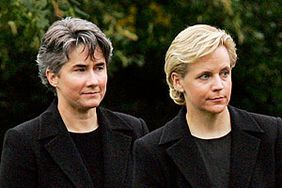 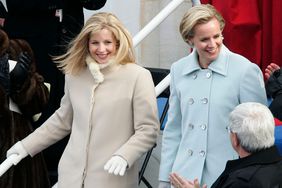 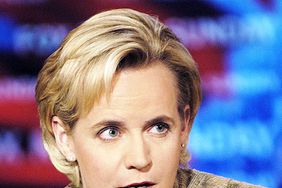