"I grew up with a glue gun pointed at my head," Alexis Stewart writes in her memoir

Was über-hostess and domestic darling Martha Stewart more like Mommie Dearest as a parent?

“Martha does everything better! You can’t win,” Alexis Stewart writes of her 70-year-old mom, according to an excerpt obtained by U.K.’s Daily Mail. “If I didn’t do something perfectly, I had to do it again. I grew up with a glue gun pointed at my head.”

As for holidays, Alexis – who recently welcomed a daughter of her own, Jude – writes that special moments like Halloween and Christmas held little excitement for her mother.

“Martha was not interested in being kid friendly,” Alexis writes. “She used to make me wrap my own presents. She would hand me things right before Christmas and say, ‘Now wrap these but don’t look inside.’ ”

On Halloween: “There were no costumes. There was no anything. We turned off all the lights and pretended we weren t home,” she recalls in the book.

Stewart also alleges in the book that Martha has a habit of urinating with the bathroom door open; that she neglected to keep any prepared foods in the house when Alexis was young; that her mother is a hoarder who had “a very hands-off approach to child rearing;” and that Martha refused to buy her a bra when she hit puberty.

But in spite of the revelations – and rancor – there seem to be no hard feelings between the two these days. In fact, Alexis dedicated the book to her mother, who also offered her own brand of support.

“She’s her own person,” Martha writes in the book of her daughter. “She makes up her own mind. I sometimes try to offer advice, but if it’s not taken, so be it. She really did pay attention. She really does know how to do everything. And still she chooses not to follow in my footsteps.” 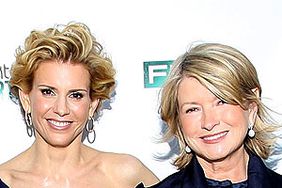 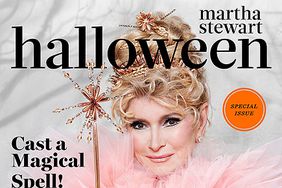