Marriage for Sienna Miller? No Way, Says Her Beau

Actor Rhys Ifans laughs at talk of an engagement

Sienna Miller‘s burgeoning relationship with Rhys Ifans is the talk of London, but he dismisses thoughts of marriage in a new interview.

“Yeah, and they found Elvis on the moon,” he told the Observer magazine when asked if there are wedding bells in their future. “I came here to talk about work. My personal life is invented for me, so why bother?”

Over the weekend, Miller, 25, and Ifans – a 39-year-old who’s best known stateside for his role as Hugh Grant’s roommate in Notting Hill – were spotted shopping arm-in-arm for a Christmas tree.

Despite the scrutiny – and rumors that his friend Kate Moss disapproves – Ifans has no complaints. “I’m not going to sit here and moan about my life,” he said, “because mostly it’s great.”
– David Sims

Arms of the Law 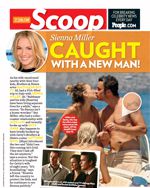 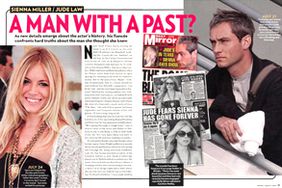