Don’t say goodbye to the Entourage boys just yet. The rumor that they’ll be back on the big screen happens to be true, the show’s executive producer, Mark Wahlberg, tells PEOPLE.

Even before last week’s finale aired and wrapped up eight years of adventures on HBO, there was loud chatter that the series would become a movie.

“It better happen,” Wahlberg said over the weekend at Las Vegas’s Palms Place Hotel and Spa. “We’re working on [a movie] as we speak.”

By ending the storyline on an upbeat note – Vinnie (Adrien Grenier) got married, Eric (Kevin Connolly) got back his bride-to-be, Drama (Kevin Dillon) got his series, Turtle (Jerry Ferrara) got his fortune, and Ari (Jeremy Piven) got his marriage back on track and a job offer to run a studio – Wahlberg says everything is “teed up for a movie.”

So will Ari Gold opt to take the studio offer, or will he keep his word to his wife (Perrey Reeves) that they’ll take a year off together? Reveals Wahlberg: “The dream job he got offered is too good to pass up.” 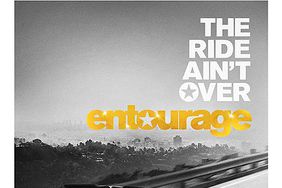 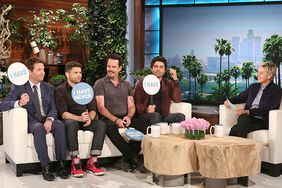