The former Mr. Universe – and Mariska's dad – passes away

“Words cannot express how saddened we are by the loss of Mickey,” his family said in a statement, the Associated Press reports. “At the same time, we are so grateful for who he was and is to all of us, and for the love he gave us in our lives. He will continue to be our source of inspiration and strength.”

Born Miklos Hargitay in Hungary, he emigrated to the United States after World War II. His bodybuilding – he was named Mr. Universe, Mr. America and Mr. Olympia in 1955 – helped popularize the sport and landed him a role in Mae West’s Las Vegas revue.

Mansfield saw the show in 1956, and reportedly said when asked what she’d like for her meal, “I’ll have a steak and the man on the left!”

The two wed in 1958, and while Hargitay made a few Hercules-style movies, he later said of his film career, “I never wanted to be any more than what I was, and I had fun doing it,” according to the L.A. Times.

Mansfield and Hargitay – who lived in a pink Beverly Hills mansion with a heart-shaped pool – had three children together, including Mariska, before they divorced in 1964. Mansfield died in a 1967 auto crash.

“Mickey was such an inspiration and always had such a positive attitude,” Schwarzenegger said in a statement. “He was a role model of mine for being a successful immigrant who came to this country and pursued his dreams.”

In addition to his wife and daughter Mariska, Hargitay is survived by daughter Tina West, stepdaughter Jayne Fenley, sons Mickey Jr. and Zoltan, a brother, a sister, 10 grandchildren and three great-grandchildren.

Vowing Not to Be Just a Pretty Face, Mariska Hargitay Turns Actress Like Her Mom, Jayne Mansfield

Neither Jayne nor Playne 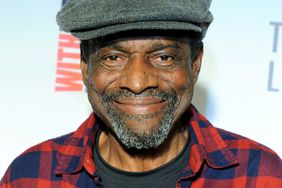 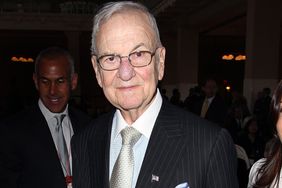