After battling all manner of adversity – losing her mother at 3 years old, struggling with mountains of debt as a young woman – Mariska Hargitay felt blessed to find success on NBC’s Law & Order: SVU. Which is why she’s peeved that the show had to suffer to make room for Jay Leno’s low-rated prime-time program.

Being moved to 9 p.m. “ruined our numbers,” the actress tells More magazine in its February issue. “Nobody knew when the show was on. Finally, we’re starting to find our audience again.”

She adds: “I hope we go back to where we belong. It was doing so well. Why mess with it?”

Hargitay, who turns 46 on Saturday, also touches on her personal life, from her family (she married actor Peter Hermann in 2004, and they have a 3-year-old son, August) to her self-image and financial worries.

She has a scar on her forehead from the 1967 car accident that took the life of her mother, ’50s bombshell Jayne Mansfield. “She’s definitely always with me,” Hargitay says. “I love it when people say, ‘She had such a great laugh, and so do you.’ When I find similarities, it gives me so much peace.”

No Need to Be Skinny

But she’s content to be different, too. “I can never compete [with her], so I don’t try. It’s mega, [u]ber, it’s legendary, it’s iconic. Being a sex symbol is not my thing; it’s not where I shine.”

In fact, she’s quite comfortable being a size 8. “I think I’m a very attractive person, but I don’t put myself in the realm of the beauty,” she says. “I’ve never felt compelled to be a skinny actress.”

One struggle she hasn’t quite overcome: her anxiety over money. When she landed the SVU role a decade ago, Hargitay owed $60,000 to one friend and $30,000 to another. And her financial fears persist.

“I constantly worry about money,” she admits. “I make a lot now, but I don’t feel that way, because I was poor and had no money for a lot longer than I’ve had it.”

She adds: “I’m saving money to live on, for the future. There are not that many roles for women, and I’ve been blessed with one of the great ones.” 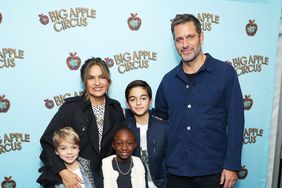 Mariska Hargitay on More Children: 'It's In God's Hands'

Mariska Hargitay: My Timing Has Been Perfect 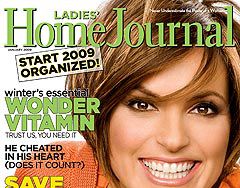 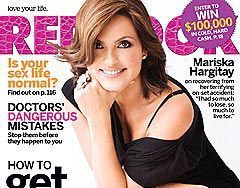 Mariska Hargitay Recalls Being 'So Scared' over Collapsed Lung 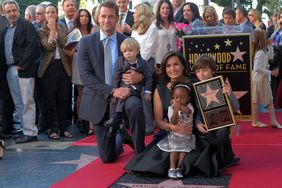 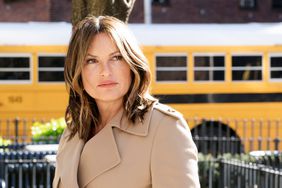 Mariska Hargitay Is Looking Forward to Season 21 of' Law & Order: SVU' : 'I Feel So Newly Challenged'

Mariska Hargitay: 'Having a Child Changes Everything'

Vowing Not to Be Just a Pretty Face, Mariska Hargitay Turns Actress Like Her Mom, Jayne Mansfield