Mario Vazquez is best known as the American Idol contestant who quit the show last year as he was heading into the Top 10. Now he’s looking to top that experience: The Bronx-bred singer, who’s signed to a major label, is releasing his debut album Sept. 12, and until Aug. 19, will be performing at shopping centers across the nation on the Teen People Rock ‘N Shop mall tour (on a bill with artists including Fefe Dobson and Ashley Parker Angel). PEOPLE caught up with the 29-year-old Vazquez about why he doesn’t regret leaving Idol and why he’s not ready to settle down yet.

How’s the tour going?
I call it the Tiffany tour. We had about 2,000 people in Minnesota. It’s not bad for a mall. Even if it’s people shopping and coming by to listen, I don’t care – as long as they’re listening.

Do you feel you missed out on getting a bigger audience by leaving American Idol?
That was the risky part. People were saying I could maybe be the winner and, yeah, I missed out on all those extra people watching. But in exchange you need to do stuff you don’t want to do when you win Idol. I just felt I made a great decision.

Tell me about the aftermath of exiting the show.
I left March 11, 2005 – the infamous day, at least in my life. And then I had to wait three months after the show ended to publicize anything I was doing. But in the meantime, you can be underground, hustling for your thing. So when J Records approached me, it was like, “Oh my god. The winner’s label is approaching me and I didn’t have to go through this?” I am able to do music that is a little bit grittier, not as safe.

How would you describe your debut album?
It’s a mixture of everything I’ve listened to in New York – from pop to R&B to reggaeton-inspired music, some hip-hop. For a new artist, they sometimes want to market you in just one way – but this a lot of ways.

What’s the best advice you’ve been given about your career?
I was in the Bahamas for a party and Enrique Iglesias was there. I wanted some advice and he said, “One thing I have to tell you is don’t think of it as work. Once you start thinking of it that way, that’s what it becomes. You have to enjoy the moments.” I took that advice and ran with it. I’m a social butterfly. I like to go out, meet people. I like to enjoy myself.

Are you single at the moment?
I have lady friends but I don’t think right now is the time for me to get tied up with a girl. I have friends, we hang, we try to make the most of it. But for the most part, I’m never around.

Where do you live?
I’m living in midtown Manhattan. Yeah, I’m moving on up, like The Jeffersons, from the Bronx! 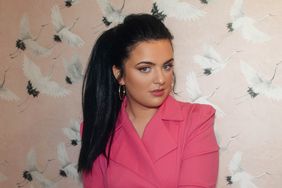 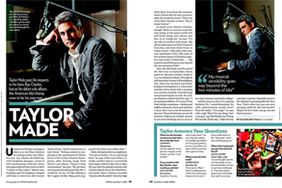