The Dancing with the Stars heartthrob counts down his favorite crushes – past and present – "in no particular order!"

"She's so talented, and that's very attractive," Lopez tells PEOPLE about the young actress. More than talent, though, Lopez and Johansson share another connection: The two launched their careers as teen stars.

Why does supermodel Lima make Lopez's list? "She looks like a Bond girl," he tells us. The Brazilian star is best known as a Victoria's Secret angel.

"Those hips don't lie," Lopez says about the Colombian pop beauty. But Lopez's Dancing with the Stars judges are equally complementary about his moves. Judge Bruno Tonioli calls him "Super Mario" because of his hip-swiveling moves, while Carrie Ann Inaba tells PEOPLE, he's "very sexy, very spicy" and "tapped into his athleticism and sensuality."

5. ALL OF THE JESSICAS

Lopez goes "hot for teacher" for his ninth-grade mentor, whom he calls his "first crush." "I was raised around a lot of women," the San Diego native tells PEOPLE.

Lopez certainly keeps in synch with his Dancing with the Stars partner Karina Smirnoff. He tells PEOPLE, "She's fiery." And while the sparks fly on the dance floor, Lopez plays it coy when asked if the two are a real-life couple. "She's a special lady," he says, adding, "I'm not trying to find Miss Right. I'm working on becoming Mr. Right and letting it all happen."

"She's a good person, and she's hot," Lopez tells us of his close friend – and recent Dancing with the Stars front-row cheerleader. The actress arrived for the Oct. 3 show sporting a "Vote for Mario" shirt, despite rules against T-shirts in the audience. "She was a little rule breaker that night," he says.

"I was so close to my mom, my sister, a lot of female cousins," Lopez tells PEOPLE about his women-friendly childhood, which explains today why many of his closest friends are women. Still, the actor can't help but be a bit of a mama's boy. "My dad is a lucky guy," Lopez tells us. 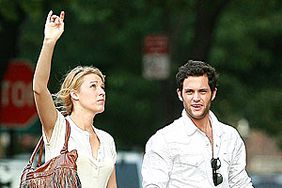 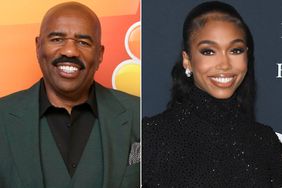