The TV host married his longtime girlfriend in Mexico on Saturday

Formerly one of PEOPLE’s Hottest Bachelors, Mario Lopez is officially off the market. The X Factor and Extra host married his fiancée, actress Courtney Mazza, Saturday in an outdoor ceremony in Punta Mita, Mexico, PEOPLE has learned.

The couple, who met in 2008 when Lopez starred in A Chorus Line on Broadway, exchanged vows just before sunset at the seaside estate of Girls Gone Wild creator Joe Francis.

Extra was first to report the news of the couple’s nuptials.

The couple’s daughter, two-year-old Gia, “is going to be a flower girl,” Lopez, 39, told PEOPLE last June. “We’re going to have the cutest flower girls between her and my three nieces.”

The lavish affair featured a mariachi band a wedding cake with a winter-wonderland-meets-beach theme by Cake Boss Buddy Valastro.

Lopez says he’s hoping he and Mazza will soon expand their family.

“We’re working on that,” he joked to PEOPLE. “Right after the wedding. We’ll wait for the guests to leave and then we’re getting right on that!”

The wedding will be featured in a two-hour TLC special titled Mario & Courtney’s Wedding Fiesta, slated to air Dec. 8.

It’s the first marriage for Mazza and the second trip down the aisle for Lopez, whose 2004 marriage to model and actress Ali Landry was annulled. 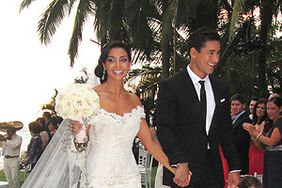 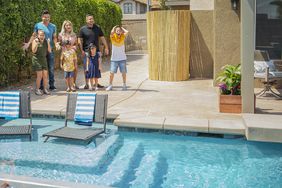 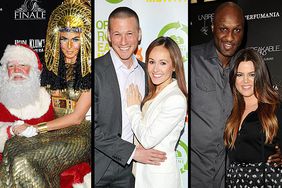 All the Details on Mario Lopez's Wife's Wedding Day Hair