Mario Lopez Wears Gold Paint – and Not Much Else

Mario Lopez has got the Midas touch.

Lopez shared his transformation with his 521,580 Twitter followers, explaining the connection between his scantily clad campaign and the underwear. “‘MaLo’ is all about ‘masculine with an edge.’ ” he wrote.

Drawing inspiration from the Michelangelo’s David, Lopez showed off his toned physique as he posed with a javelin and shot put.

Before getting painted, Lopez’s fiancée, Courtney Mazza, joined him on set to model men’s briefs and tanks alongside the star.

“My sexy model for the day @CLMazza ! How lucky am I to have such a beautiful fianceé ” Lopez wrote.

The couple’s 22-month-old daughter, Gia, even got in on the photo shoot fun, offering her father a kiss in between poses.

As the day came to an end, Lopez shared his plans to relax.

“Fun, productive day! I always to go my friend Pena @prayfit for my photo shoot prep. Thanks bro.. Now off to drinks & cigars much needed,” he wrote. 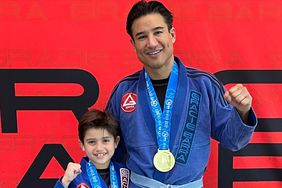 Mario Lopez Strips Down, Shows Off His New Underwear Line 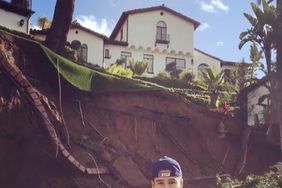 Mario Lopez: 'I Can't Imagine My Life' Without Kids 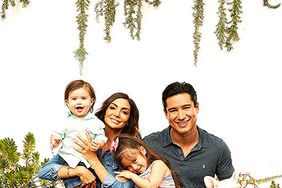 Mario Lopez Reveals the Truth About His First Marriage 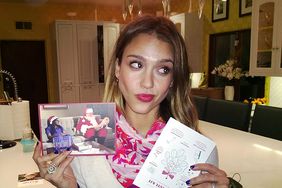 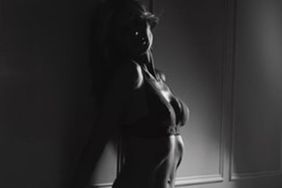