"Neither of us is assigning fault," say the couple, who were married for more than 20 years

Marie Osmond and her husband of more than 20 years are getting divorced, they announced Friday.

“Though our marriage is ending, we continue to have a very amicable relationship,” Osmond and husband Brian Blosil, a record producer, said in a joint statement. “Our marriage has always been a faithful one, and neither of us is assigning fault for the divorce.”

Osmond, 47, and Blosil, 54, were married in 1986, and have raised eight children, including five adopted children and a son from Osmond’s first marriage. The couple separated for several months in 1998 but reconciled.

“Our children, as always, are our top priority and in our deep love for them we will continue to jointly fulfill our roles as active parents in their daily lives,” they said in the statement.

Last summer, Osmond was hospitalized for a bad reaction to medication but denied tabloid reports she had attempted suicide.

She has been candid about her emotional struggles in the past. In 2001, she published a book, Behind the Smile: My Journey out of Postpartum Depression, about her struggle with the disease after the birth of her child, Matthew.

And in 2005, after Tom Cruise lashed out at Brooke Shields for using anti-depressants after the birth of her daughter, Osmond told PEOPLE, “When Tom becomes a woman and has a baby and has postpartum, then he can become an expert.” 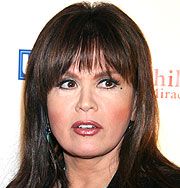 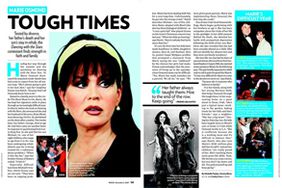 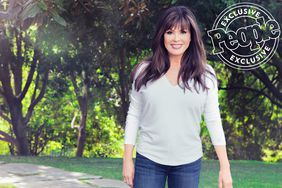