Shooting starts in Toronto today on Mariah Carey’s first starring role in a movie, “All That Glitters.” Frankly, the plotline sounds a lot like Barbra Streisand’s first starring vehicle, “Funny Girl.” According to the Hollywood Reporter, the $20-$25 million Carey movie, set against the current New York club scene, focuses on a singer who survives a troubled childhood and becomes a superstar. British actor Max Beesley, who has a music background (he’s toured with George Michael and George Benson) will play the streetwise love interest, Deejay Dice, who knows the underground dance world. Rapper Da Brat and Tia Texada have been cast to play the best friends of Carey’s character. 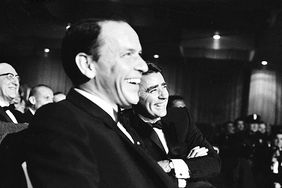