Donna Karan Asked 'Who Is Halsey?' Plus 11 More Stars Who've Claimed They Didn't Know Other Stars

The "Without Me" singer was the performer to watch at DKNY's 30th birthday bash, but designer Karan had no idea who she was.

"Who is Halsey? Is that Halsey?" Karan asked Page Six, pointing to a guest who was not the star. "I think my granddaughter does [know who she is]. I’m sure she’s great," she added.

At the 2019 TIME 100 Gala, Chip and Jo could not wait to meet the domestic doyenne. But "she didn’t have the faintest idea who we are, not a single clue," Chip later told the New York Post. "But we don’t mind at all, Joanna was so excited to meet Martha. Martha was very gracious and supportive, it was really wonderful moment for us to meet her."

Stewart later clarified to the Post that she'd heard of the power couple, but just didn't immediately recognize them.

"I know they have a lovely family and a TV station," she added.

Although Styles captured the hearts of teen girls around the globe, it wasn't until he was cast in Dunkirk that the former One Direction member caught the attention of the film's director. Ahead of Dunkirk’s release, Nolan admitted he didn't realize quite how famous Styles was before he was cast. “I mean, my daughter had talked about him. My kids talked about him, but I wasn’t really that aware of it," Nolan said. "So the truth is, I cast Harry because he fit the part wonderfully and truly earned a seat at the table."

Even Spears gets starstruck! The pop icon couldn’t resist asking Modern Family star O’Neill for a photo when she ran into him at the airport. O’Neill, however, just thought she was any other fan, and posed for the picture with a gruff expression on his face. A few days later, he discovered just who he took the photo with — after Spears tweeted it! “I mean, look at my face: Do I look like I’m sitting with Britney Spears?” O’Neill said of the experience. “You know, my daughter, Sophia, she said, ‘You are a moron.' ”

Believe it or not, Spears herself has also failed to recognize a fellow star. During one of her Las Vegas concerts, Arrow and Teen Wolf star Colton Haynes joined Spears on stage for her performance of “Freakshow,” but she didn’t realize that he was someone a bit more recognizable than the average fan. Spears asked Haynes his name and then complimented his butt, which probably did a lot to make up for the fact that she didn’t realize who he was.

“I think you all know who this is," she said after the bit. "Give it up for him!”

The next morning on his radio show, Cohen addressed the moment. "My take on this is: First of all: Why would Britney know my name? She’s Britney, bitch!" he said. "I’m a mortal! And Britney is Britney. … I don’t [think she knows who I am]."

Breslin’s been in the business since she was a kid, getting her start in Little Miss Sunshine. But a familiar face can appear much different with the addition of a new 'do, which was the case for Breslin when she dyed her hair blonde in 2013. Immediately following the hair transformation, her August: Osage County costars, including Streep, didn’t recognize the actress when she arrived for a photo shoot. “The cast doesn’t recognize me,” Breslin told E! of her hair. “I was like, ‘Hey guys!’ and they were like, ‘Who’s this random girl crashing our photo shoot today?’ ”

The Mama June: Hot or Not star has a fan in Cyrus, who gave Shannon a quick hug during an appearance on Good Morning America, before the reality star had a chance to recognize the singer. "This may sound bad on my part, but because it was so crazy at Good Morning America, [Miley's] like, ‘Oh my god, there’s Mama June!’ and she came up and hugged me," Shannon said of the experience. "Because it was so fast, I didn’t realize it was her until after she walked by!' "

You'd think a comedic icon like Hawn would have taken notice of Schumer, but that wasn't the case — that is, until the pair worked together on their film, Snatched. Schumer and Hawn first met during a flight, where the Inside Amy Schumer star told Hawn about the movie and how she wanted the Overboard actress to play her on-screen mother.

“We’d never met,” Schumer said. “I waited till we got off the plane and then I went up and I harassed her. And I was just like, ‘I really want you to play my mom in this movie. And she was just like, ‘Okay, honey.’ ” Hawn later admitted she felt “bad” for not recognizing the comedian.

There are plenty of people who would love to dance with Hadid — but when Mr. Robot star Malek did it, he had no idea his dancing partner was an internationally known supermodel. “I’m not on social media,” Malek said in 2017. “I’m not as in touch with things as I should be. I was dancing in Paris the other night with Bella Hadid and didn’t know who she was.”

We’re not sure when or where Carey came across Lopez and didn’t recognize her, but we do know that Carey doesn't know her, as she’s told people multiple times. Carey’s refusal to acknowledge that she knows Lopez has become so much more than just a case of not realizing who someone is; it's become a full-on phenomenon.

It may be hard to imagine encountering someone who doesn't know Adele, but that was exactly what happened with Collins, who first learned of the singer when she personally reached out to him. "We met in London maybe three or four years ago, maybe longer, because she wanted to write with me and I was very flattered, but I didn’t know who she was, because I had been living under a rock,” he told PEOPLE. “I quickly found out and wow I did a crash course on Adele.” They then attempted a collaboration, but it never panned out. (We still have hope!)

They played mother and daughter in the iconic Terms of Endearment, but like Hawn and Schumer, MacLaine hadn't heard of the woman who would play her on-screen daughter before they started filming. “I didn’t know the name,” MacLaine told PEOPLE back in 1984. “I didn’t know who she was.” 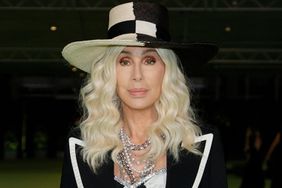 Cher Takes Photo of Unsuspecting 'Beautiful Couple': They 'Didn't Know Who I Was'