"They're very into each other," a source tells PEOPLE of the actress and the deejay

Just when you thought Mandy Moore and Wilmer Valderrama were headed for a reunion, now comes this: Moore and Adam “DJ A.M.” Goldstein are in the early stages of dating, a source close to the deejay tells PEOPLE.

Moore, 22, and Goldstein, 33, have known each other for years, the source says, but started spending more time together after running into each other at a New Year’s Eve party in Miami.

“It’s really new. They’re in the beginning stages of getting to know each other,” says the source. “They’re very into each other. It’s very sweet.”

Moore was spotted on New Year’s Eve getting close to Valderrama, but since arriving back in Los Angeles has been keeping company with Goldstein.

She previously dated Scrubs star Zach Braff. They reportedly split last year, and in July she was spotted having a cozy lunch with another ex, tennis star Andy Roddick. (Roddick told PEOPLE in December that they were just friends: “We’re cool.”)

A rep for Goldstein, who previously dated Nicole Richie, has no comment. Moore’s rep won’t comment on her personal life.

Mandy Moore and DJ AM Call it Quits 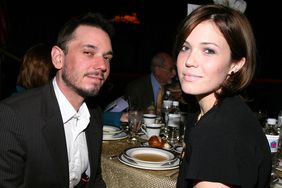 Mandy Moore Pays Tribute to Ex DJ AM on 9th Anniversary of His Death: 'I Miss You Every Day'

Mandy Moore Remembers Ex Adam 'DJ AM' Goldstein on 10th Anniversary of His Death: 'Miss You Every Day'