The pair tied the knot in July 2011 at Gummer’s family estate in Connecticut. Claire Danes was among the 150 guests who attended the wedding.

Gummer, 29, and Walker, 30, who got engaged in October 2009, met while performing in Broadway’s Dangerous Liaisons together in April 2008.

Walker’s Broadway run in Cat on a Hot Tin Roof alongside Scarlett Johansson wraps up Saturday. Gummer is currently starring in the mystery thriller Side Effects. 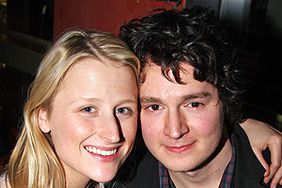