"She's the kind of girl you just want to slap, on the a--," Madonna described the concertgoer.

During the latest stop of her Rebel Heart Tour in Brisbane, Australia on Thursday, the singer invited a female fan to join her on stage as seen in video obtained by TMZ.

“She’s the kind of girl you just want to slap… on the ass,” Madonna, 57, told the packed audience adding, “and pull,” right before exposing the concertgoer’s chest by tugging on her strapless top.

“Oh, s—. Oh sorry, sexual harassment. You can do the same to me if you like… you want to make my hole big again?” the mother of four said.

This latest concert happening comes days after Madonna dispelled rumors that she was intoxicated during a Melbourne show on March 10.

The singer’s rep told PEOPLE that the venue opened later than expected and that the singer “was not drunk, and as promised, she had one cosmo on stage. Nothing more. Nothing less.”

Madonna has continued the Australian leg of the tour amid her custody battle with ex Guy Ritchie regarding their 15-year-old son Rocco. She was not present for the most recent hearing, which happened at London’s High Court on March 11. 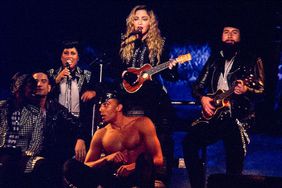 Madonna Defended By Fan, 17, for Pulling Down Her Top: 'I Didn't Realize My Boob Was Such a Big Deal' 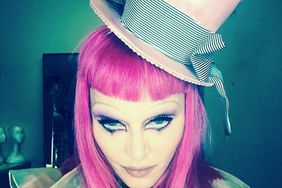 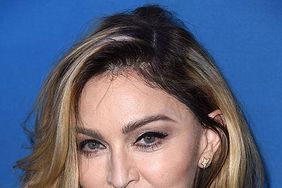 Madonna Slams Speculation She Was Intoxicated at Show in Midst of Custody Battle: I Could 'Never' Perform 'High or Drunk'