Talk about a new lease on life for Buddy Holly: First Madonna releases her new single, Don McLean’s “American Pie,” about the day the music (or, rather, Holly and fellow rockers Ritchie Valens and “The Big Bopper” J.P. Richardson) died. The release coincides with today’s 41st anniversary of the plane crash that claimed the legends, on Feb. 3, 1959. Now comes an entirely new tune fashioned around lyrics scribbled in a notebook by Holly before his death. Milwaukee drummer Victor DeLorenzo, formerly with the Violent Femmes, first saw the lyrics four years ago, while visiting a New York record executive who’d bought the page at auction. DeLorenzo, deciding the words were Holly’s attempt to pen a song, applied his own musical logic to the scribblings and finished the number. “My whole idea was not to add anything,” DeLorenzo told the Associated Press. “It was like my mind was in possession of Mr. Holly for 10 minutes.” DeLorenzo plans to perform the song in a concert this weekend, but said he has no plans to release a recording of it. 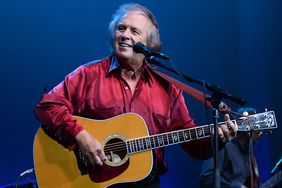 Don McLean Opens Up About the Meaning of 'American Pie' 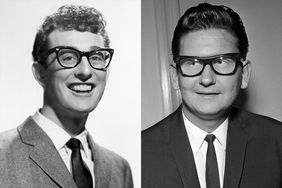 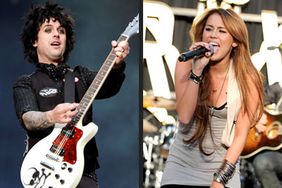 The Year Hollywood Went Rock, Gary Busey's Buddy Holly Is the Portrayal That Will Last

No, the Violent Femmes Aren't Lady Wrestlers, but They've Got Young Rock Fans in Their Grip

They're Playing My Song