Mackenzie Phillips: I Slept with My Own Father

But in a tell-all book out Wednesday, the former childhood actress reveals that her dad, musician John Phillips of the ’60s band the Mamas and the Papas, engaged with her in a long-term incestuous relationship.

Phillips, 49, who has survived drug addiction, arrests and divorce, writes in the book High on Arrival that she was already a star playing a boy-crazy teen on the TV sitcom One Day at a Time when her father had sex with her on the night before she was to marry Jeff Sessler, a member of the Rolling Stones entourage, in 1979.

“On the eve of my wedding, my father showed up, determined to stop it,” writes Phillips, who was 19 and a heavy drug user at the time. “I had tons of pills, and Dad had tons of everything too. Eventually I passed out on Dad’s bed.”

“My father was not a man with boundaries. He was full of love, and he was sick with drugs. I woke up that night from a blackout to find myself having sex with my own father.”

“Had this happened before? I didn’t know. All I can say is it was the first time I was aware of it.”

Phillips’ life began to spiral out of control. In 1980, she was fired from One Day at a Time because of her constant drug use. That same year, she went to rehab – with her father. Her sexual relationship with him had become consensual.

FLASHBACK: Mackenzie & Her Dad Kick $1 Million Drug Habit
For much more from Macknezie’s book – including her fling with Mick Jagger, what her family said about her rape accusations and her fears that she was pregnant with her own father’s baby – pick up the new issue of PEOPLE, on newsstands now 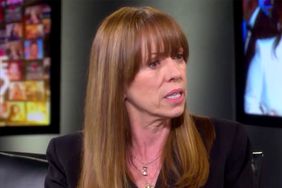 Mackenzie Phillips on Forgiving Her Father After Incestuous Relationship

Mackenzie Phillips Details Her Late Mother's Battle with Dementia: 'It's Okay to Want to Run Away' 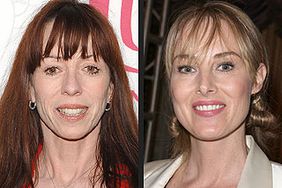