Lou Pearlman, Creator of the Backstreet Boys and NSYNC, Dead at 62

Music producer and manager Lou Pearlman died in prison on Friday from an undisclosed illness, PEOPLE has confirmed. He was 62.

Known in his heyday as “Big Poppa,” Pearlman was one of the successful music producers of the 1990s. Based in Orlando, Florida, he created several boybands, including the Backstreet Boys, NSYNC, LFO and O-Town.

But things went south for Pearlman in 2000, when the Backstreet Boys filed a lawsuit against Pearlman, alleging that their contract was unfair. (In court documents, the band alleged that they had only received $300,000 while Pearlman received millions.) Soon afterwards, NSYNC also filed suit. Pop star Aaron Carter filed suit in 2002.

But it wasn’t the boy bands that ultimately undid Pearlman. In 2006, investigators discovered that he had defrauded investors of more than $300 million in a Ponzi scheme. According to court documents, he convinced investors to invest in several shell corporations that did not exist. Pearlman fled to Indonesia and was captured in 2007. In 2008, Pearlman pleaded guilty to charges of money laundering, conspiracy and fraud. He was sentenced to 25 years (300 months) in federal prison – but the judge ruled that Pearlman could reduce his jail time by paying back the money he took. For every million he paid, the judge would take one month off his sentence. Pearlman never paid.

Pearlman, a diabetic, suffered a stroke in 2010, and his health would never recover. He died while in custody on Friday, August 19.

As news of his death spread on Saturday, former NSYNC member Lance Bass tweeted a statement. “He might not have been a stand up businessman,” he wrote, “but I wouldn’t be doing what I love today without his influence. RIP Lou.” 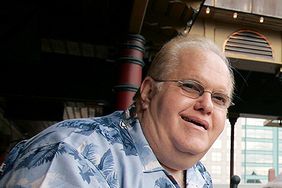 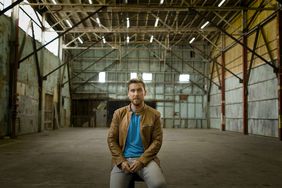