That ’70s Show actress Lisa Robin Kelly died in her sleep Wednesday night in her Los Angeles home, her rep tells PEOPLE. She was 43.

“Unfortunately Lisa Robin Kelly passed away last evening,” Kelly’s agent, Craig Wyckoff, told PEOPLE on Thursday. “Lisa had voluntarily checked herself into a treatment facility early this week where she was battling the addiction problems that have plagued her these past few years.

“I spoke to her on Monday and she was hopeful and confident, looking forward to putting this part of her life behind her. Last night she lost the battle. Cause of death has not been issued yet and no death certificate has been issued either.”

A Connecticut native, Kelly played the older sister of the Topher Grace character, Eric Forman, on the late ’90s FOX sitcom, after having made her TV debut on the same network’s Married with Children, in 1992.

She left That ’70s Show after five years and was replaced by actress Christina Moore. Kelly later said in interviews that she had a drinking problem.

According to TMZ.com, which broke news of her death, Kelly had been arrested at least four times over the past three years, for DUI, spousal abuse and assault.

Earlier this year, Kelly was arrested in Southern California on suspicion of drunken driving, the Associated Press reported. Local news stories said her car was parked on the I-5 freeway.

Also, according to AP, Kelly and her husband Robert Joseph Gilliam, 61, were arrested in November 2012 in connection to a disturbance at their home in the Charlotte, N.C., suburb of Mooresville. The couple later filed for divorce. 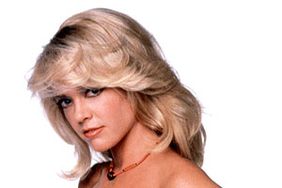