Lisa Niemi was ready to move on.

It had been more than four years since her husband Patrick Swayze died of pancreatic cancer in 2009, and she was happily dating jeweler Albert DePrisco, whom she had met through mutual friends.

"I have to say, that the love I have for Patrick was never in conflict or competition with my feelings for Albert," she tells PEOPLE. "That is until Albert asked me to marry him!"

Niemi says accepting the proposal was "a leap of faith," despite making her question whether or not she could spend her life with someone else.

"I found myself grappling with my feelings of having been married to Patrick for 34 years! Privately, I flipped, I flopped. Yes, get married, no, don't get married," she says.

"Albert knew I still loved Patrick and would always love him, and told me, 'And I know you love me, and I love you.' How could I not marry this man? As I had time to process the change my life was going to take, my doubts became less and less, and I became more and more sure."

On Sunday, Niemi walked down the aisle and said "I do" to DePrisco before more than 50 family and friends.

"I could say that it's Albert's heart, his generosity, his personal strength, and his sense of fun, as some of the reasons why I wanted to spend the rest of my life with him, and they would be true," she says.

Her wedding ring is a cushion-cut diamond eternity band and she has a second band that matches DePrisco's. "It's one that I can work horses in, swim in, fly in. It'll probably be the one I wear most," she adds. "I guess I'll have to put them all on a rotating schedule!"

At their reception, the bride and groom, both 58, performed a dance that DePrisco's sister, Deirdre, who is a professional ballroom dancer, choreographed.

"Albert was concerned about looking good in the dance, but he has natural rhythm, and is a great mover — much more so than he knows!" Niemi, a dancer, author and producer, says.

"I knew, though, that if we just looked into each other's eyes and danced with our hearts, all would be well. The dance was a blast. And we got quite a bit of applause! It was so fun to share it."

As for Swayze, Niemi believes he would be happy for her and the new love that she's found.

"About a month and a half ago, I had a dream about Patrick," she says.

"It was like he was giving me his blessing and letting me know it was okay. Again, it can be hard sometimes to take those steps forward, but it doesn't change the way we feel about someone. He was letting me know that."

Now, the only future she sees is one full of happiness with DePrisco. "It's probably the number one reason I married him," she says. "How could that be? But I'm willing to step into that future."

For more exclusive photos and details from inside Niemi's wedding, pick up this week's issue of PEOPLE, on newsstands Friday 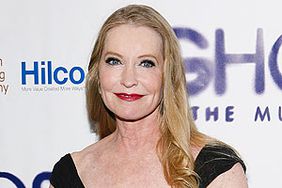 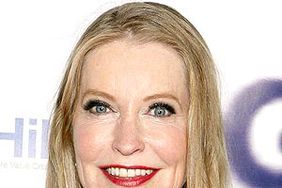