At first, no news over the weekend almost seemed promising for Lisa Ling – whose sister, Laura Ling, and friend, Euna Lee – had been arrested by North Korean military on the Chinese border March 17 and faced trial on June 4 for alleged “hostile acts.” As Lisa tweeted on Friday, “Trying to believe that Laura and Euna have won some hearts over, hence the silence.”

But on Sunday, June 7, CNN reported that the Korean Central News Agency said the women had been sentenced to 12 years in labor camps “for the grave crime they committed against the Korean nation and their illegal border crossing.”

U.S. State Department spokesman Ian Kelley said in a statement, “We are deeply concerned by the reported sentencing of the two American citizen journalists by North Korean authorities, and we are engaged through all possible channels to secure their release. We once again urge North Korea to grant the immediate release of the two American citizen journalists on humanitarian grounds.”

For three months, the Ling and Lee families had been working quietly to secure the release of Laura and Euna but broke their silence May 31, on the eve of the week of the trial.

In a joint statement, the families pleaded for the “expeditious release of Laura and Euna on humanitarian grounds,” stressing, “Euna Lee is the mother of a 4-year old daughter. And Laura was being treated for an ulcer prior to her departure, and in our limited communication with her we fear it has become more serious since her detainment and requires immediate medical attention.”

The statement also read: “We aren’t certain of the details of what happened on March 17, but we can say with absolute certainty that when the girls left U.S. soil, they never intended to set foot onto North Korean territory. If at any point a transgression occurred, we sincerely apologize on their behalf.”

On Wednesday, June 3, Euna Lee’s husband Michael Saldate, Laura Ling’s husband Iain Clayton, Lisa Ling and their families attended a grassroots vigil in Santa Monica for the women, one of many around the country. An emotional Lisa told PEOPLE, “It is very surreal to be part of a story, especially when it is your little sister and your best friend. For me, my sister is an incredible journalist. She is a wife and an adult but she’s still my little sister and to feel this helpless has been the most debilitating experience of my life.”

However, Lisa and her family prefer to think about the political opportunity presented by the plight of Laura and Euna. “We would champion the opportunity to have these girls be the catalyst for diplomacy,” Lisa said. “I think it could be really amazing. The problem right now is that our two countries don’t have a diplomatic relationship and so communication has been really limited. We are trying to encourage our two countries to come together and if this is the reason why they do, then we’ll take it.”

Although the Ling and Lee families had hoped the women’s fate would not be tied in to ongoing tensions related to North Korea’s testing of nuclear missiles, analysts seem to think the sentence will help serve as a bargaining chip. In an interview with the Associated Press, Yang Moo-jin, a North Korean studies professor at Seoul University, said the prison sentence has “paved the way for a political pardon and a diplomatic solution.”
from Huffington Post
PHOTOS: Leo, Tobey, Kanye & More At Lakers Game
WATCH: Jimmy Kimmel Vs. Spelling Bee Champ 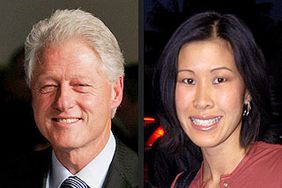 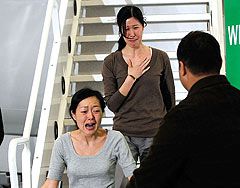 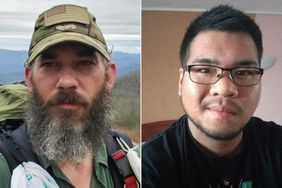 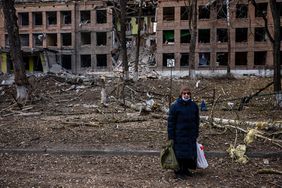 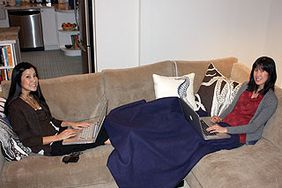