"I think she needs her family in her life, but they're not," Lohan's elder relative tells PEOPLE

Lindsay Lohan may feel alone following her headline-making split from Samantha Ronson, but her grandmother tells PEOPLE she is there for her.

“We’d all like to reach out to her,” Lohan’s paternal grandmother Marilyn says in an exclusive interview Wednesday afternoon from Long Island, N.Y. “We’re all here for her and we’d love to see her. Me, as a grandmother, I’d like to try and help her out, but she’s not here, she’s in L.A.”

Adds Marilyn: “I think she needs her family in her life, but they’re not. They should be. I haven’t seen her in over a year. I don’t know what happened. I’m heartbroken.”

The elder Lohan also blames the young Hollywood lifestyle of nightclubs and late-night partying. “What happened is that it was too much too fast. And she was on her own too early. She was too young,” she says. “And they get into that party scene. It’s very hard for them.”

So what’s Marilyn’s message for her granddaughter? “I love her, call me, I’m here for her, and anything I can do, please get in touch.”

And like any supportive relative, Marilyn still has high hopes for Lohan’s career: “She’s very talented. She always was. I know she’ll come back.”

As for splitting with Ronson, grandma approves: “I don’t think she should be with her.”

Lohan’s father Michael Lohan, 48, calls the split “a new beginning for her.”

“I’m concerned. It’s a hard time when a relationship ends. It’s never easy. I know she loved Samantha,” he says. “Lindsay is a strong girl. She has a huge heart.” 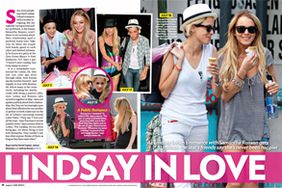 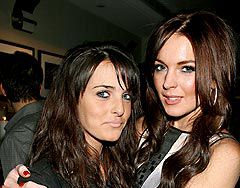 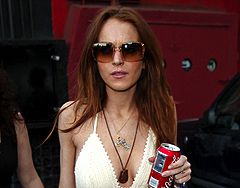 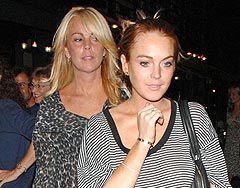 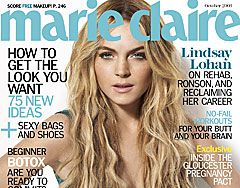