Lohan says the lessons, for her next film role, have left her black and blue

Following in the spike-heeled footsteps of Demi Moore, Lindsay Lohan is learning stripper moves for her new movie role – and the lessons have left their mark, literally.

“I’ve been in pole dancing lessons, S Factor by Sheila Kelley, every day for four hours,” Lohan told PEOPLE last week at Hollywood’s club Shag. “I have bruises all over. That’s why I haven’t worn shorts.”

The New York Post’s Page Six reports that Lohan is telling friends the classes have given her a new appreciation for professional exotic dancers. Her rep, Leslie Sloane, tells Page Six, “Her character is a stripper, and she now realizes that the job isn’t easy.”

Lohan, 20, will play a stripper in the thriller I Know Who Killed Me, due to film in San Luis Obispo, Calif., in mid-January, according to the San Luis Obispo Tribune.

As for Lohan’s preparation for her role, Sheila Kelley’s S Factor striptease workouts and pole-dancing classes, which incorporate elements of yoga and ballet, count Kate Hudson, Teri Hatcher and Lisa Rinna as fans. 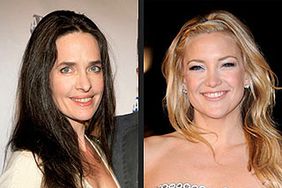