Friends of the starlet, who faces a trial and possible jail time, say she "truly believes she didn't do anything wrong"

As Lindsay Lohan awaits a March 10 court appearance and decides whether to face trial for allegedly stealing a $2,500 necklace or accept a plea bargain that guarantees jail time, sources close to the starlet tell PEOPLE she’s very scared.

According to her dad, Michael Lohan, the two had dinner last week and his daughter pleaded, “I’m panicked. Please don’t let them put me in jail.”

Lindsay has been telling her friends she’s not guilty of stealing the $2,500 necklace – and she’s ready to go to trial to prove it.

“She is sticking by her story that she did not steal it and they asked her to wear it for publicity,” says a Lohan friend.

Adds another close source: “She really, truly believes she didn’t do anything wrong and the whole thing was a misunderstanding.”

But legal experts say it’s not that simple.

After her Feb. 23 hearing, Los Angeles Superior Court Judge Keith Schwartz told Lohan that, if she rejects a plea deal, there will be a preliminary hearing where a judge will consider whether there’s enough evidence to order a trial. If there is, the judge could put her in jail immediately for violating probation – even if the trial is months away.

Judge Schwartz further noted that he wants to see Lindsay get psychological counseling, partner with a reliable sponsor who will keep her away from drugs and booze and “get on with [her] life.”

L.A. criminal defense attorney Steve Sitkoff, who has known Judge Schwartz for 25 years, says Lohan’s situation isn’t as dire as it might seem. He says hard prison time is an unlikely outcome, even if she does go to trial.

“It’s better for everybody if she spends time working on her mental health and substance abuse issues rather than languishing in jail,” Sitkoff tells PEOPLE.

But Michael Lohan says he’s unsure how his daughter would fare at trial if she turns down the plea deal.

“Put her in a town where no one knows who Lindsay Lohan is and she’ll do very well,” he told reporters outside of the courthouse. “But in this town where so much is sensationalized and twisted, I don’t know.”

“Lindsay has to realize that she has a great burden on her,” he adds, “not only of proof but of doing the right thing.” 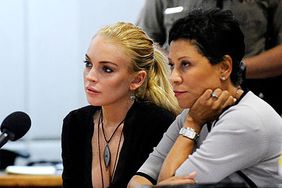 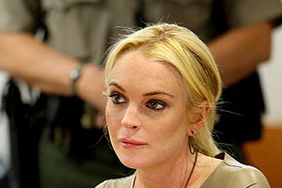 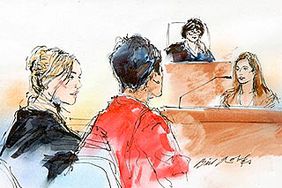