After years of downplaying Lindsay Lohan‘s struggles with substance abuse, Dina Lohan admitted Monday that her daughter is an addict.

In an interview with Today‘s Matt Lauer, Dina described her famous daughter, who is being treated at the Betty Ford Center in California, as “happy [and] relaxed.”

“She’s just a different person,” Dina said. “She’s been in a couple facilities, but this one to me has really changed her.”

Dina had previously defended Lindsay on the Today show, instead placing blame on the judge in her case. When asked on Monday by Lauer why she was unwilling to admit Lindsay had a problem in the past, Dina said, “That was for Lindsay to admit. As a mother it wasn’t for me to come to tell the world about her problem.”

Dina also somewhat revised her opinion about her daughter’s tumultuous relationship with her father, Michael Lohan, saying she thinks it would be good for the two to reconnect.

When asked about online reports of an emotional reunion with Michael, Dina said she supported “whatever the facility wishes for her. It’s all about Lindsay and her healing.”

As to what will happen to her daughter, who has relapsed numerous times, once she is released from rehab on Jan. 3, Dina is cautiously optimistic.

“We take it one day at a time,” she said. “Addiction is difficult. I don’t know. I don’t have a crystal ball. I pray hard … We can only be positive and look to the future to help other families.”

Has Lindsay Lohan Reconciled with Her Father? 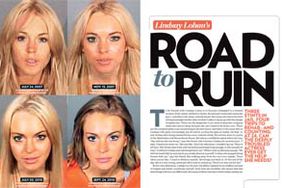 Lindsay Lohan's Mom: I Won't Give Up on My Daughter 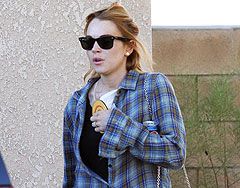 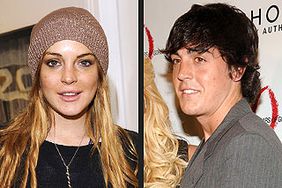 Lindsay Lohan's Brother: My Sister Was 'Surrounded by Leeches'