She was “surrounded by family and loved ones,” it was posted on her company’s Facebook page, while the Post listed her survivors as her children Liza, Minnie and Peter Pulitzer, as well as her grandchildren.

For a generation of the upper crust, socialite-designer Pulitzer’s flower-spattered dresses and pants were as much a wardrobe staple as pearls or mallard-print belts. The bright, big-patterned colors that were her signature dotted country clubs from Bar Harbor to Bel Air, while trendsetters like Jackie Kennedy (Pulitzer’s former classmate at Miss Porter’s School in Farmington, Conn.) and E.F. Hutton and Post cereal heiress Dina Merrill were among those who sported themselves in the shapeless shifts that became known as “Lillys.”

The daughter of a prominent horse-racing family and former wife of a newspaper heir, the independent Lilly made her fortune selling blindingly bright floral prints splashed on her sportswear and trademark shifts in 31 Lilly Pulitzer shops nationwide, according to a 1982 PEOPLE profile by Linda Marx. The designer’s annual gross at the time: approximately $15 million.

It was a riches to riches story, though there were dark moments. In 1957 at 26, she was married to press lord Joseph Pulitzer’s playboy grandson, Peter, and so miserable that she landed her in a Westchester, N.Y., mental hospital. “The doctor said I should find something to do,” she told PEOPLE.

Three years later, she did. The millionaire matron started selling oranges and grapefruits grown in Peter’s Florida groves from the backseat of the family station wagon. The activity prompted admiration from neighbors. A few months later she began selling juice. “Since I spent my days squeezing fruit, I was always covered with juice,” recalls Lilly. “So I designed myself a cotton shift in colors that matched the fruit.”

Her shockingly flamboyant orange-yellow-and-green print shift was slit on both sides for comfort, fully lined (so that there was no need for underwear), topped with a bow and backed with a zipper. It got so many compliments she asked her dressmaker (Pulitzer couldn’t sew) to whip up 20 shapeless shifts in green-and-pink florals and red-and-blue prints and stripes to sell along with the fruit.

“They took off like zingo,” she recalled. “Everybody loved them, and I went into the dress business.”

The Lilly, as Pulitzer’s trademark $60 to $120 (at the time) smock came to be known, was worn by the moneyed likes of Jackie and Rose Kennedy, Dina Merrill and Happy Rockefeller and the prep set. She also expanded into sun dresses, silk sheaths, off-the-shoulder dresses and blouses and short-sleeved sweat shirts, along with skirted-bottom bathing suits, sexy maillots, peasant blouses and knit tops.

Peter and Lilly Pulitzer divorced in 1969, and that same year she married Enrique Rousseau, a Cuban lawyer and rancher who recently retired from managing a Howard Johnson’s motel in Miami that Peter owned. Rousseau died of cancer in 1993.

Among her pleasures in life, she told PEOPLE, was to run in the sand – barefoot, while a night out meant “going hog-wild,” singing, dancing and drinking vodka in Palm Beach saloons or at the homes of friends.

Her favorite places to travel were New York, Europe and South America, and, she conceded, “I’m lucky, I guess. But I never really enjoy vacations. I need the energy and excitement of my business.” 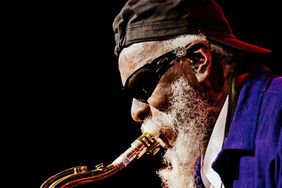 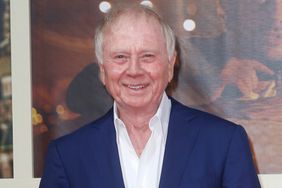