Lightning Strike Bonds Two Students and Turns Them Into CPR Advocates: I Learned How to 'Save a Life' in 10 Minutes

Your odds of being struck by lightning are 1 in 12,000, according to the National Weather Service.

That makes Sean Ferguson simultaneously very lucky and very unlucky. Unlucky, because of the whole “being struck by lightning” thing. Lucky, because Matt Lickenbrock learned CPR from an airport kiosk just two days before Ferguson was struck, and proceeded to use his newfound knowledge to save Ferguson’s life.

“I can’t thank Matt enough,” Ferguson, who survived the strike with major burns on over a third of his body, told the Associated Press. “I mean, what 21-year-old goes to a CPR kiosk? Why didn’t he go to the bar? Why didn’t he play on his phone?”

Lickenbrock came across the machine last April on a layover at Dallas-Fort Worth. It took him three tries to get a perfect score on the dummy the machine uses. (It teaches chest-compressions only, not mouth-to-mouth.)

Two days later, while driving at Ohio’s University of Dayton, he saw a bolt of lightning strike somewhere on campus. Pulling into the parking lot, he discovered a crowd of people gathered around Ferguson, who’d been knocked into a parked car by the bolt, the impact breaking his jaw. He had no pulse and wasn’t breathing. Bystanders called 911, and Lickenbrock administered CPR until the paramedics arrived.

“If it weren’t for that kiosk, I wouldn’t be here today,” said Ferguson, who lives in the Pittsburgh suburb of Allison Park, Pennsylvania.

Ferguson, 24, returned to school just a few months later. His recovery included extensive physical therapy; he had to re-learn how to walk since the nerves in his legs were shattered by the bolt. But almost a year later, he and Lickenbrock unveiled a CPR training kiosk at Indianapolis International Airport.

“I’m a regular guy and I learned CPR in essentially 10 minutes and saved a life,” Lickenbrcok, 22, said. “That means anyone else can do the same thing.” 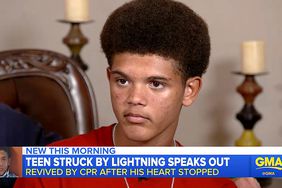 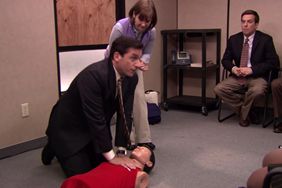 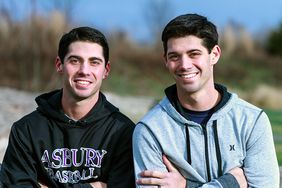 After One Twin Brother Collapses, the Other Discovers They Share a Rare and Often-Fatal Heart Defect: 'God Saved Both of Our Lives' 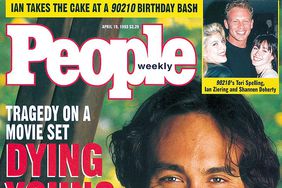