“Stars Wars — Episode I: The Phantom Menace” star Liam Neeson is hospitalized today after he smacked into a deer while riding his Harley Davidson yesterday in suburban New York, according to the Duchess County Sheriff’s office. The actor, 48, chipped his left pelvis and scraped his legs after being thrown from the cycle just before it crashed into a tree. The deer died shortly afterward. Truckdriver Herman Staats discovered Neeson, who was wearing his helmet, sprawled out on the roadside. “He managed to crawl his way up back to the road,” Staats told the Associated Press. “He wanted me to drive him back to his house right up the road, but I could tell his hips were bothering him.” Neeson and his wife, actress Natasha Richardson, live near the scene of the accident. Neeson’s publicist said that the actor, who was taken to a Connecticut hospital, is in good condition and “resting comfortably. We’re expecting a quick recovery.” 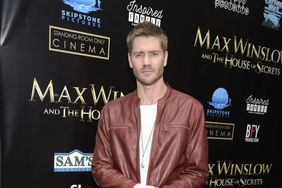 11 Celebrities Who Have Spoken Out On Their Near-Death Experiences 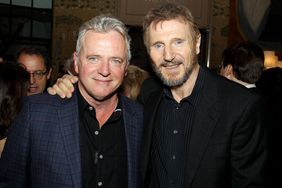