Leonardo DiCaprio is attached to a Miramax project about ’50s jazz sensation Chet Baker, reports Variety. The Baker story had previously attracted Jim Carrey and producer Scott Rudin, but the Baker estate — his widow Carol and their four children — gave approval to Miramax, which specializes in arty films. Miramax honcho Harvey Weinstein has reportedly been wooing DiCaprio, who appears in Miramax’s current Woody Allen film “Celebrity.” Baker, an accomplished musician and pretty boy with a seductive voice, dissipated his life away and had to relearn to play the trumpet after he lost his teeth 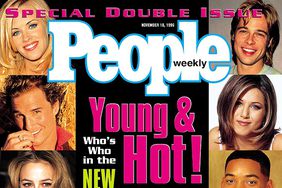