Kylie Jenner's Family Always Feared She Would Get Pregnant with Tyga, Source Says

"It was such a bad relationship. Her family would beg her to protect herself," a source tells PEOPLE exclusively about Kylie and her ex Tyga

Kylie Jenner‘s famous family is trying to be as supportive as possible about her unexpected pregnancy, but not so long ago it was their “nightmare” that the 20-year-old reality star would get pregnant — with Tyga.

“It was such a bad relationship. Her family would beg her to protect herself. They were very concerned,” a Keeping Up with the Kardashians source tells PEOPLE exclusively about Kylie and her rapper ex, 27.

Kylie and Tyga split in April after more than two tumultuous years together shortly before she was spotted getting cozy with Travis Scott, 25, with whom she’s expecting a baby girl in February.

“Whenever things were good with Tyga, Kylie said she wanted a baby. Between spending lots of time with her nieces and nephews and being around Tyga’s son, she claimed she was ready,” the source says.

While the KarJenners — including mom Kris Jenner, 61, and older sisters Kourtney, 38, Kim, 36, Khloé, 33, and Kendall, 21 — are still worried about Kylie being a young mother, they are relieved she is expecting with Scott rather than Tyga.

Another source tells PEOPLE, “all the sisters are concerned she’s not prepared, but she seems to be taking it on board that her life will completely change.”

And a third source says the Kardashian sisters “are all really happy for Kylie.”

“Kylie has always talked about being a mom at some point sooner rather than later, and aside from being cautiously optimistic because of the situation with Travis — since they’ve only been together a short time — they’re being supportive,” the source explains.

One day after Kylie’s baby news broke, Tyga appeared to take a shot at his ex while partying at Avenue Los Angeles. Midway through an impromptu set onstage, he stopped the music and shouted, “I got one question … did you come here single tonight? Sometimes it’s better to be single. You know why? Because these hoes ain’t loyal!” an onlooker tells PEOPLE.

On Friday, multiple sources confirmed to PEOPLE Kylie and Scott were “excited” about her surprise pregnancy and opening up to friends about their baby news.

“People around her are really surprised. It happened really fast, but for Kylie, being with Travis is so different than with anyone else,” one insider previously said. “She’s so in love with him. She’s really excited.” 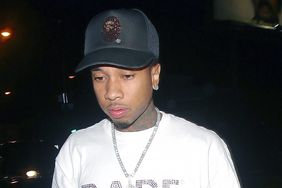 Here's What Tyga Is Up to After Kylie Jenner's Pregnancy News 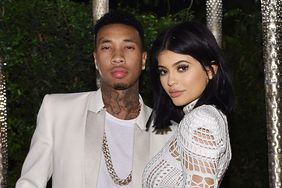