Talk about a big bang wedding!

Big Bang Theory star Kunal Nayyar celebrated his marriage to Neha Kapur over six days and in front of 1,000 guests in New Delhi, India, in December, PEOPLE reports in its new issue.

Nayyar, 30, met the former Miss India, 28, in New Delhi three years ago. “She unlocked something in me that I had never felt before,” the actor tells PEOPLE.

The weeklong festivities, which Nayyar called “quite hectic,” included an exchange of vows, a garland ritual and henna tattoos.

When Nayyar and Kapur first saw each other at the ceremony, they adorned each other with handmade garlands.

At the actual wedding ceremony, Nayyar held a cup with a white lotus flower. “I dipped the flower in purified water and then threw it into the fire,” he says.

And during the Mehndi portion of the wedding, thrown by Kapur’s family, “All of the women get henna and all the men drink Bloody Marys,” says Nayyar. “The men feed the women, because they have to wait for the henna to dry.”

The newlyweds later enjoyed unwinding after “six days of partying.”

For more photos of the wedding celebration, pick up PEOPLE, on newsstands now 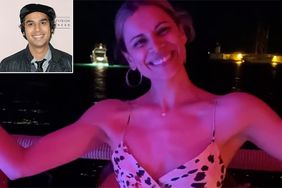 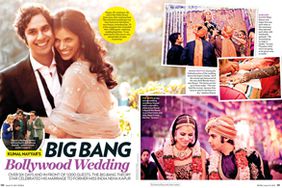