KRIS BY THE BOOK

Kris Kristofferson, who has recently stepped up his acting career, has signed a six-figure deal with HarperCollins publishers to write his autobiography, reports Variety. Kristofferson, like Bill Clinton a former Rhodes scholar, is the multiple Grammy-winning writer of such songs as “Me and Bobby McGee. He also starred in the ’70s films “A Star Is Born” and “Alice Doesn’t Live Here Anymore.” His acting career resurrected with his appearance in John Sayles’ 1996 film `”Lone Star,” Kristofferson went on to do 10 films, including “A Soldier’s Daughter Never Cries,” “Blade,” “Payback” and Sayles’ “Limbo.” He has also just signed to join Sylvester Stallone in a drama called “Detox.” 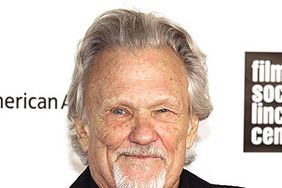