Pop singer Gladys Knight is joining the Florida Optometric Association Charities in a campaign this month for blindness prevention, especially as it relates to diabetes. The singer is also a national spokeswoman for the American Diabetes Foundation. Diabetes afflicts an estimated 16 million Americans nationwide and about a half million in Florida alone, and the ADF reports that 25,000 people lose their sight to the disease each year. Ms. Knight, whose hits in the ’70s with Gladys Knight and the Pips, include “Midnight Train to Georgia,” does not suffer from diabetes, but her mother died from complications of the disease.

Stephen M. Silverman is on vacation. He will return to The Daily in two weeks. 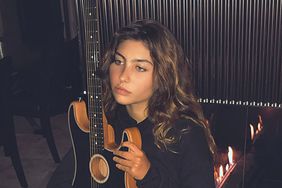 Toni Cornell Aims to End Stigma Around Mental Health and Addiction: 'My Dad Should Still Be Here'