In case you forgot how intensely dreamy Brad Pitt was in the ’90s, Kirsten Dunst is here to remind you.

The Midnight Special actress, 33, shared a classic pic with her swoon-worthy costar, now 52, from the set of the 1994 supernatural drama Interview with the Vampire – and it is truly out of this world.

Mimicking his character’s perpetually dreary mood, Pitt serves up a pensive stare underneath bleached locks, a stark contrast to the smiling young actress.

Pitt turned out to be the then 11-year-old’s very first kiss – an onscreen lip-locking that predated her first real-life smooch while she was on an eighth grade field trip – and it turns out she was not exactly thrilled with the experience.

“I thought it was disgusting,” she recalled to Conan O’Brien years later.

While it’s unclear whether she keeps in touch with her hunky costar, Dunst has revealed that another well-known costar, Tom Cruise, sends her a “Cruise Cake” every Christmas – and it happens to be the greatest thing ever.

“It’s the best coconut cake I’ve ever had in my life,” she told British chat show host Graham Norton. 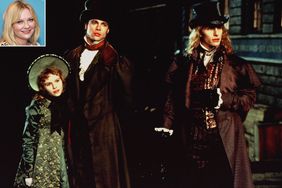 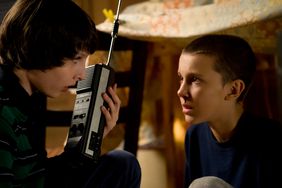 11 Stars Who Had Their First Kiss with Another Star 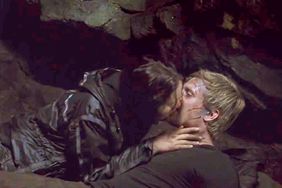 Smack Down! When Celebs Kiss & Tell