Kim Kardashian West is back in the States after a terrifying ordeal.

PEOPLE has confirmed the Keeping Up with the Kardashians star was greeted in New York City by husband Kanye West after leaving Paris just hours in the wake of a life-threatening robbery at gunpoint in her Paris hotel room.

The couple returned to their Manhattan apartment flanked by a swarm of security. According to Gunilla Ebers, the director of an art studio across the street, the scene “was out of control. Police barricades, a couple of police cars, secret service and 15 big, black Cadillac Escalades.”

Ebers added that the Wests “rushed in. [Kim] seemed very subdued. They’ve been staying here for a long time and she’s seemed more animated and taken selfies with fans, but today was straight in. Kanye West looked very concerned.”

Ebers confirmed that Kardashian West’s mother Kris Jenner was also in the motorcade in support of her daughter. Jenner, 60, later returned to greet the crowd. Despite looking serious, she gave a thumbs-up.

The attack happened early Monday morning as Kardashian West, 35, was ripped from sleep by five masked men with guns, who bound and gagged her before stealing nearly $11 million in jewelry.

A source close to the family told PEOPLE shortly after the incident that Kardashian West was “very upset and couldn’t wait to leave Paris. She gave a statement to the police and left right after. She got robbed of her jewelry but doesn’t care. She is just happy to be alive.”

Added the source: “She has never been in a more frightening situation. She still can’t believe it happened.”

While Kardashian West endured the horrifying encounter, sisters Kourtney Kardashian and Kendall Jenner were out on the town at the nightclub L’Arc accompanied by bodyguard Pascal Duvier.

Of that decision, another source close to the family told PEOPLE: “It wouldn’t be that strange for Pascal to be dispatched to be with Kourtney or the other family members once Kim was ‘safely’ in her residence.”

Once Kourtney, 37, and Kendall, 20, heard of the break-in, they immediately rushed to their sister’s side. Kardashian West was then spotted leaving Paris on a private jet hours later after police questioning, and Kendall left the City of Light just behind her.

Around the time of the robbery on Sunday night, 39-year-old West abruptly ended a concert in N.Y.C., citing a family emergency, after hearing the news.

Before their reunion, a source told PEOPLE that Kardashian West “was just hysterical when she talked to Kanye” and that West “wanted to get to [Kim] as soon as he could. He told her that he couldn’t care less about the jewelry; he’s just thankful that she’s okay.”

And another source told PEOPLE on Monday: “This was one of Kim’s biggest fears. She’s always known the threats are out there, but for something to happen, it’s almost unimaginable. It’s going to take her a very long time to feel safe again.” 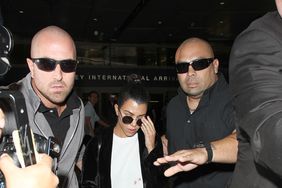 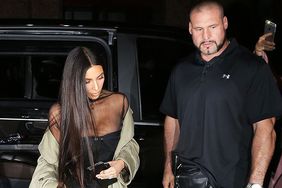 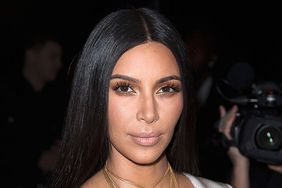 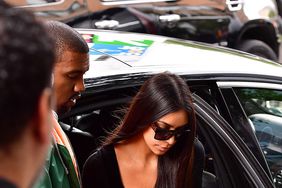 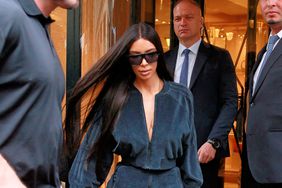