Ryan Seacrest is out; Beyoncé and Jay Z are (maybe) in

It’s one of the most coveted invites of the summer – and Kim Kardashian and Kanye West are keeping the guest list for their upcoming wedding to strictly their nearest and dearest.

“The wedding is small and intimate,” says an insider. “It’s not going to be a big blowout like her last one,” referring to Kardashian’s ill-fated 2011 nuptials to Kris Humphries, attended by more than 440 people.

Besides her famous family, Kardashian, 33, will be surrounded by longtime pals, including tennis pro Serena Williams.

As for Beyonce and Jay Z? West’s BFFs may make an appearance now that the wedding will not be filmed for television.

Missing from the action will be Keeping up with the Kardashians executive producer Ryan Seacrest. Other attendees from the last wedding likely not attending the European celebration? Demi Lovato, Mark Ballas, Eva Longoria and Lindsay Lohan to name a few.

“This wedding is really about Kim and Kanye and people who have known and loved them for a long time,” says the insider. “And everyone who is invited just can’t wait for the wedding week to begin!”

Kim & Kanye’s Love Story, In Their Own Words 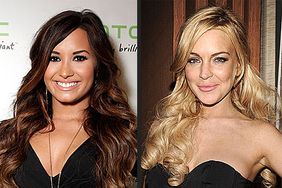