Actress Kim Basinger pled not guilty Thursday to 14 contempt of court charges filed against her in Los Angeles Superior Court.

The charges, which were filed on Aug. 29 by a lawyer for Basinger’s ex-husband, Alec Baldwin, are all related to the couple’s ongoing custody battle over their 10-year-old daughter Ireland.

In court papers Baldwin claimed that Basigner violated their child custody agreement in multiple ways over the last two years, including failing to make their daughter available for visits.

Neither Basinger or Baldwin appeared in court Wednesday before L.A. County Superior Court Judge Maren E. Nelson, who set a trail to begin early next year.

“The charges are outrageous and my client is not guilty,” the actress’s attorney Neal Hersh told PEOPLE. “She will be vindicated.”

Hersh added: “It is a sad state of affairs when a father wants to imprison his daughter’s mother and that they can’t work things out among themselves.” 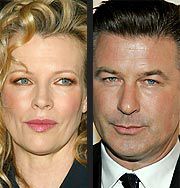 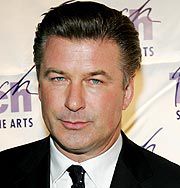 Alec Baldwin: 'I Have Been Driven to the Edge'